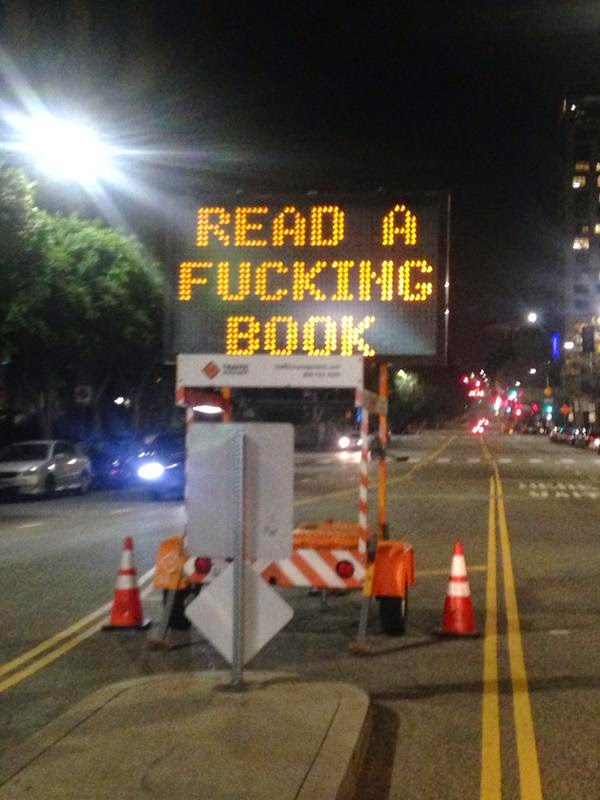 Here’s a traffic sign we can all agree to follow. Thursday a Los Angeles traffic sign was hacked to suggest everyone “read a fucking book.” The picture was taken by journalist Daina Beth Solomon.


The TMI spokeswoman said whomever did this would have had to physically break into the trailer-based sign. But she did acknowledge the possibility that it’s wi-fi enabled.
“It looks like it was hacked,” agreed Tina Backstrom of the L.A. Department of Transportation.