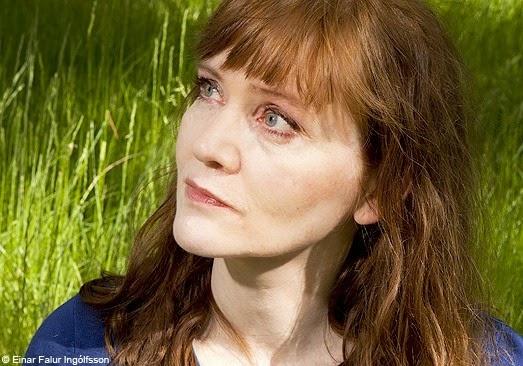 Rodrigo Ferrão: «Rosa Candida» was a huge success in France, selling a lot of books and having received some prizes. Were you expecting international recognition?

Auður Ava Ólafsdóttir: No I wasn´t expecting recognition or anything. The first printing of the book was sold very little in Iceland although it got a literary prize. Before the success abroad my books sold little in Iceland but always got good critic (reviews). I was happy with that arrangement because in any case I usually only have one reader in mind when I write each book. Everything more than 1 reader is extra bonus! Critics said I was different from any other author they had read and I was also happy with that. The success and being a best seller abroad came as a total surprise and it seems unreal that Rosa candida is actually being translated into 23 foreign languages, including portuguese. I did not have any such plans when I wrote the book. But success is an abstract word and with every new book a writer has to start from zero.

RF: What can you tell us about this book?

AAO: It is a love story but not a conventional since the baby comes first and the parents are at the beginning of the story two strangers.

I thought a lot about this question: how does a young man change into a father? My hero is not the only man on the planet who has got a phone call from a stranger telling him that she is expecting his child. I wanted the book to be about the many and complex roles of a young man who is a very young father (by accident), a son, a brother and lover. And I decided my hero would be different from any steriotype of given masculinity. I guess you could say that one of the themes is male sensitivity. But it is also a story of how to find your own path and become a whole person. That makes the story a sort of coming-of-age story or bildungsroman.

RF: Why did you choose a passage from the Bible at the beginning of the novel? And why specifically the book of Genesis?

AAO: Well it is about seeds, both human and vegetal… As one of the themes.

RF: Can you please tell us why do you call yourself Ava? That’s a tribute to a saint from the Middle Age, isn’t it?

AAO: Saint Ava was a blind middle age saint, probably French. As one can see in my novels I have always been interested in persons that are different – and in that way celebrating the difference. Those persons are strong in their weekness. An important person of my second novel (called Embellie in French, Butterflies in November in English and La mujer es una isla in Spanish!) is a 4 years old boy that is deaf and almost blind. The heroine of my first novel was a teenage girl with only 1 leg. And in my newest novel (The Exception) one of the most important characters is a female writer that is a dwarf! Besides I also thought it would make a good name for an art historian working daylong with images, pictures and other forms of visual arts to have a name of a blind person. 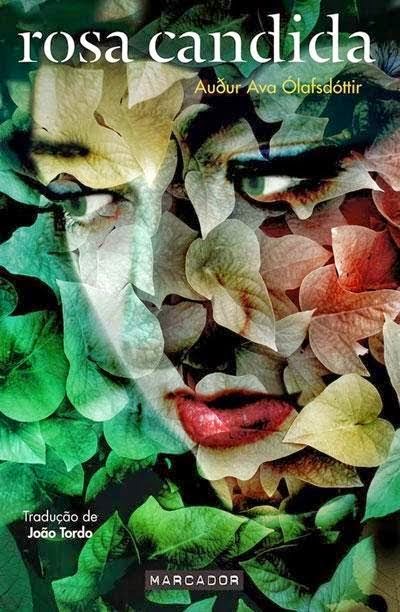 RF: You studied History and Theory of Art. Do your novels reflect your studies?

AAO: The relationship between what a writer has experienced and his books is very complicated. But having said that I must add that thousands and thousands of images of all sorts have gone through my mind and perhaps my way of writing is in some sense visual. Is it not another word for saying it is poetic?

RF: You write also Poetry and Theatre. Do you feel comfortable on those styles?

AAO: They are all very different kind of writings or styles as you say. In Iceland a writer is not taken seriously if he hasn´t written a book of poetry so I had to write one! I recently discovered playwriting and I am very excited about how to create a character and how to put an idea, a meaning, a philosophy, all into conversations. In the past two years I have written 4 plays and my newest play; Swans do not divorce, is actually on stage at the Icelandic National Theater in Reykjavik. It is a dance theater play and I worked closely with a choreographer while writing it.

RF: I have read two books from the Icelandic Nobel Prize Halldór Laxness. Do you think he was one of the greatest ambassadors of your country?

AAO: Writers and other artists in general seem to be better ambassadors for their counties than politicians and far better than bankers.

RF: In your opinion, how good are Icelandic writers?

RF: Have you read or do you know any Portuguese authors?

AAO: When I was studing art history in Paris – long before I became a writer – I discovered Fernando Pessoa and with him the exciting idea of being able to be more than one and to chose one’s identitiy. I first read José Saramago in French translation but he is also translated into Icelandic and admired by many of my fellow writers. Not long ago I discovered in a bookshop in Paris a book called Jerusalem by Gonçalo M. Tavares. My latest discovery in Portuguese literature is a talented young writer called João Tordo and who happens to be the translator of my novel, Rosa candida!
Publicada por Rodrigo Ferrao à(s) 12:31